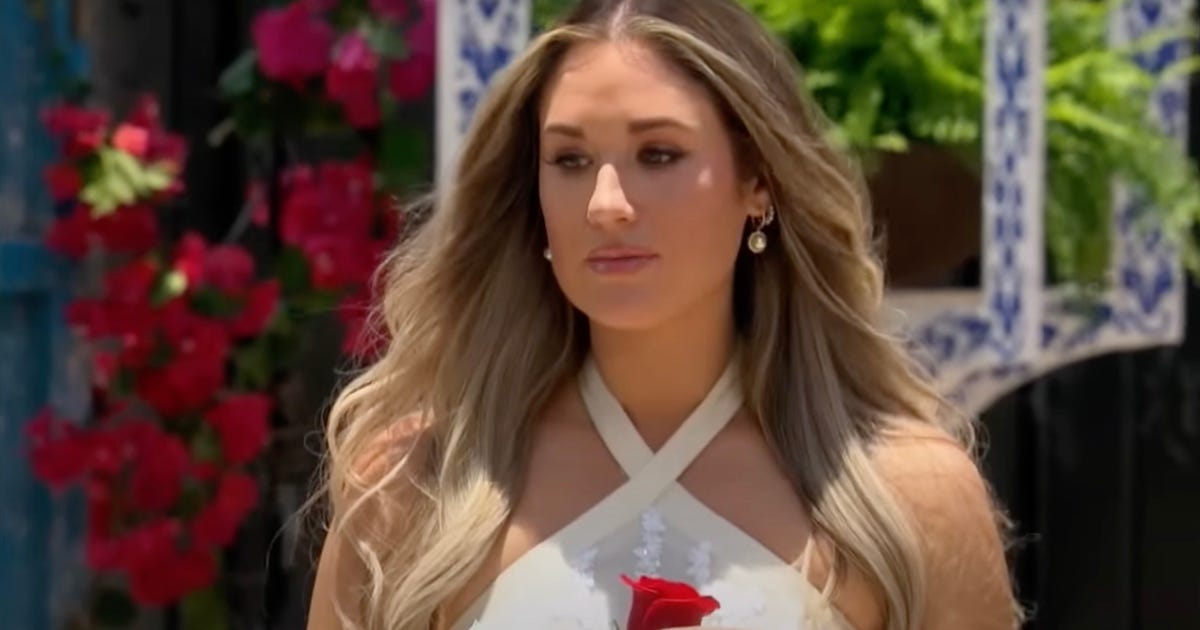 Whether you just finished your Tuesday night Maiden woman or keep seeing out-of-context content on your Twitter timeline, it’s time to talk about this wild episode.

Specifically, the explosive end to Rachel’s bachelorette saga, first in the bachelorette finale. Things got tense, but a very welcome face managed to change the mood.

Let me set the scene. It begins with Rachel, one of two Bachelorettes featured in season 19. The episode features both pre-recorded parts and live audience parts.

During the first, we see Rachel telling her favorite Tino that he is the last man vying for her heart. They get engaged and all is well. Wait, well, no, it’s not.

The engagement scene happens very early in the whopping 3 hour final episode. On top of that, a small box in the corner of the screen projected Rachel’s very unhappy face, live for all to see.

Host Jesse Palmer, who is with Rachel during the live finale, asks her about the expression. “I can say that wasn’t the end of what happened,” he offers. And no, folks, it wasn’t. “He might need a glass of wine for that,” Palmer adds before a commercial break.

When we return, Rachel drops a bombshell: “Apparently everyone knows,” she says. “It really didn’t work out. He cheated on me.”

Are you okay? Palmer asks. She says no to the tune of Are you seriously asking me that right now.

Somehow, the Bachelorette cameras caught what happened next. “Today will be the first time I’ve spoken to Tino since he told me he cheated on me,” Rachel says. Tino soon appears, looking rather disheveled and holding a mysterious brown notebook.

It’s tense. Tino says he messed up and kissed a girl.

He also reads aloud from the notebook – his diary – things he has written down that Rachel has told him before. This could go well for you, my friend. The conversation is long, heated, and a little confusing, but Rachel makes it clear that “yes, we’ve had a rough time, but we’ve never said we’re broken up, that we’re not engaged.”

Rachel eventually tells him she’s done and gives him her engagement ring. It feels right.

Then we go back to the live show. We learn that in the meantime, Tino has written her a letter of apology. Then we learn that he will take the stage. Excuse me what?

Palmer says it’s the first time they’ve been face-to-face since Rachel broke off their engagement. That poor, poor woman. The second conversation didn’t seem to yield much new information. However, they have very clearly talked about some things. “We’ve been through a really difficult time that’s deeply personal for both of us, and I think we both don’t want to give away maybe why these things are happening,” Rachel says cryptically.

Then an unexpected, fantastic moment occurs. Out of nowhere, Aven, a fan favorite whose relationship with Rachel ended on last Tuesday’s episode of The Bachelorette, takes the stage. Rachel flashes a much deserved smile.

“I was just wondering if you might want to get out of here and just catch up?” Aven says.

“I would love nothing more,” she replies.

Afterwards, both Palmer and Rachel’s ex-love stand awkwardly in each other’s company. In other Bachelorette finale news, Rachel’s fellow Bachelorette Gabby got engaged to her bestie Eric. Season 19 contestant Zach is the next Bachelor. Here’s what else Twitter had to say about the Rachel and Tino episode.